Home > Find an Escape > Ocala, FL A Wilderness of Riches

A Wilderness of Riches

Tourists flock to Florida’s beaches, resort cities, Walt Disney World and the Everglades, but few have found one of the state’s largest ecological and geographic wonders, Ocala National Forest.

The 383,000-acre forest—about a 90-minute drive north of Orlando and 15 miles southeast of Gainesville—is the southernmost forest in the continental United States and the world’s biggest sand pine scrub forest. The forest’s sand pine grows in desert-like conditions in acidic, well-drained sandy soils on rolling hills 20 to 200 feet above sea level.

Despite the desert-like conditions, the broad-leafed vegetation you see on this Short Escape as you walk on trails that meander through Ocala National Forest may make you feel like you are in a tropical rain forest. The vegetation offers comforting shade from the blazing Florida sun, and the trails are very soft on the feet. 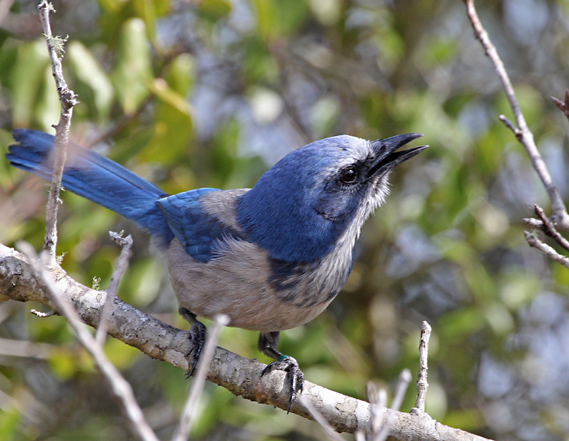 The Florida scrub-jay, a large songbird with a blue head, wings and tail, is the state’s only endemic bird species and found nowhere else, according to the National Audubon Society. It was listed as threatened by the U.S. Fish and Wildlife Service in 1987. The decline in the scrub-jay population has been mostly attributed to  loss of its native scrub habitat. The birds can often be spotted perched on electric wires in the area.

Signs caution walkers about Florida black bear, the only species of bear in the state. The species has been on the rebound, and the largest concentration is in Ocala National Forest. There were only several hundred Florida black bear in the state in the 1970s, and there are more than 3,000 today, the Florida Fish and Wildlife Conservation Commission says. In 2012, the commission created a new rule that made it illegal to injure or kill a bear or possess or sell bear parts. 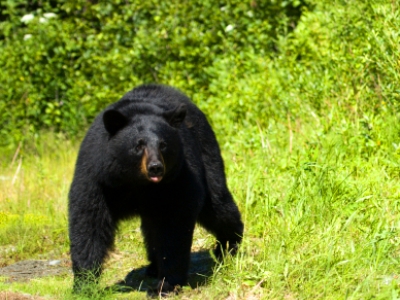 Ocala National Forest also has the state’s largest populations of red-cockaded woodpeckers, Sherman's fox squirrel and Florida sand skink, a gray to light brown lizard. The woodpeckers, which nest only in live conifers in longleaf forests, are endangered. Nearly 100 family groups of red-cockaded woodpeckers are in the vast forest—an increase from seven pairs in the 1990s, according to the National Forest Foundation, a nonprofit partner of the U.S. Forest Service.

“Without action to increase current longleaf pine acreage, the species will not recover much beyond the current population,” says the organization which plans to remove oak and other invasive species and plant longleaf pine seedlings in red-cockaded woodpecker habitat areas.

Besides viewing the unique wildlife and vegetation, Ocala National Forest offers many recreational, picnicking, camping and team-building opportunities. The forest’s slow-moving rivers and wilderness waterways are perfect for canoeing, kayaking and fishing, and there are four major natural springs—Salt, Alexander,  Juniper and Silver Glen. There are horseback riding trails and designated off-road and ATV trail systems. 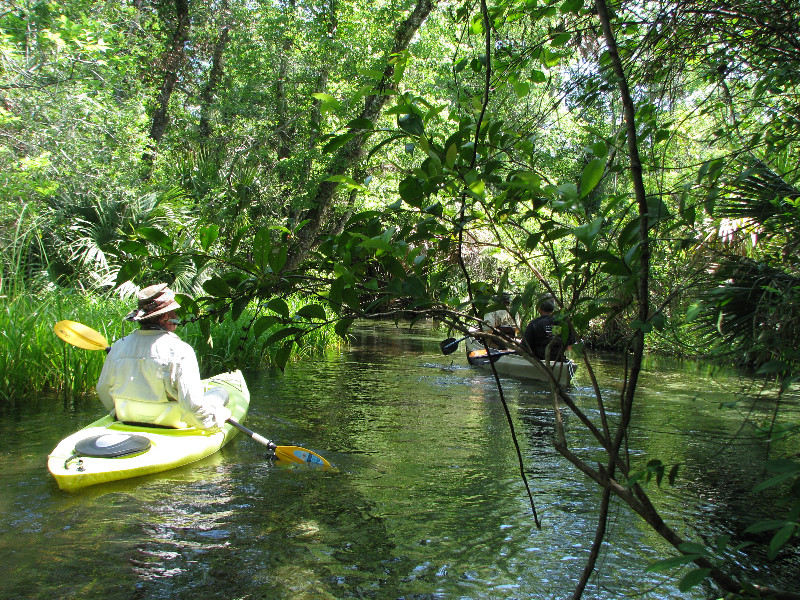 Juniper Springs Recreation Area is “the crown jewel” of Civilian Conservation Corps recreation construction, the U.S. Forest Service says. The area has hundreds of bubbling springs surrounded by thick palm and oak vegetation. A limestone and wood mill house—used years ago to generate campground electricity—“forms a picturesque backdrop for swimming, canoeing and other fun,” according to the agency. The area, centrally located within the forest, has an entrance on the north side of State Road 40, west of State Road 19.

Prior to the establishment of Ocala National Forest, the area was the site of many turpentine and logging camps. The pine trees were tapped for turpentine products and then cut for timber.

“The resulting deforestation and other poor management practices”—such as over-burning areas, deep-chipping for turpentine and tapping trees that were too small—“combined to wipe out the very foundation of local economies,” the Forest Service says.

Market value of local property nosedived so low that property taxes became higher than the monetary value of the land. Many residents didn’t pay the taxes, and local economies were severely hurt from lack of revenue.

Another industry that fell on bad times also negatively affected life in the area. Kerr City, which was located on County Road 316, just west of State Road 19, was once a thriving citrus town. Freezes in 1894 and 1895 ruined the crops, and the two was abandoned. It is now a ghost town with 14 remaining buildings.

After the national forest was established, private individuals were given permission to build “unobtrusive” homes in designated areas. Many of the homes still exist.

Some residents—and environmental groups—have complained and raised concerns about an unwanted neighbor. The U.S. Navy’s Pinecastle Bombing Range is in the forest—the only East Coast place where the Navy is allowed to conduct live impact training. The Navy reportedly drops about 20,000 bombs annually at the site, including hundreds of actual explosives.

The bombing takes place on a 5,760-acre fenced area, about a half mile west of the Farles Lake campground and two miles west of State Road 19 and the Camp Ocala campgrounds and conference center.

The bombing site is the opposite of the beautiful lands and horse farms that can be found in the Ocala area outside the national forest. Driving by or visiting some of the horse farms can be a memorable afternoon getaway. 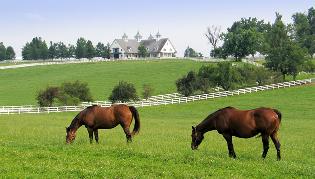 Known as the “Horse Capital of the World,” the Ocala/Marion County area has 600 thoroughbred farms that have produced 45 national champions, 6 Kentucky Derby winners, 20 Breeders’ Cup champions and 6 Horses of the Year, according to the Ocala/Marion County Visitors and Convention Bureau. The thoroughbred breeding and training farms spread out over more than 70,000 acres of land. 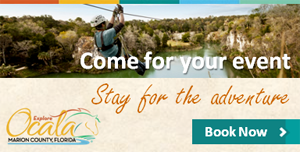 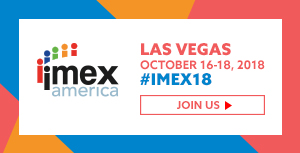 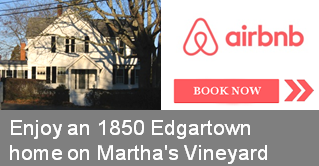 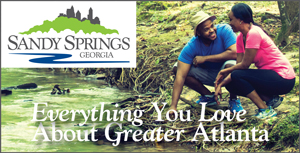